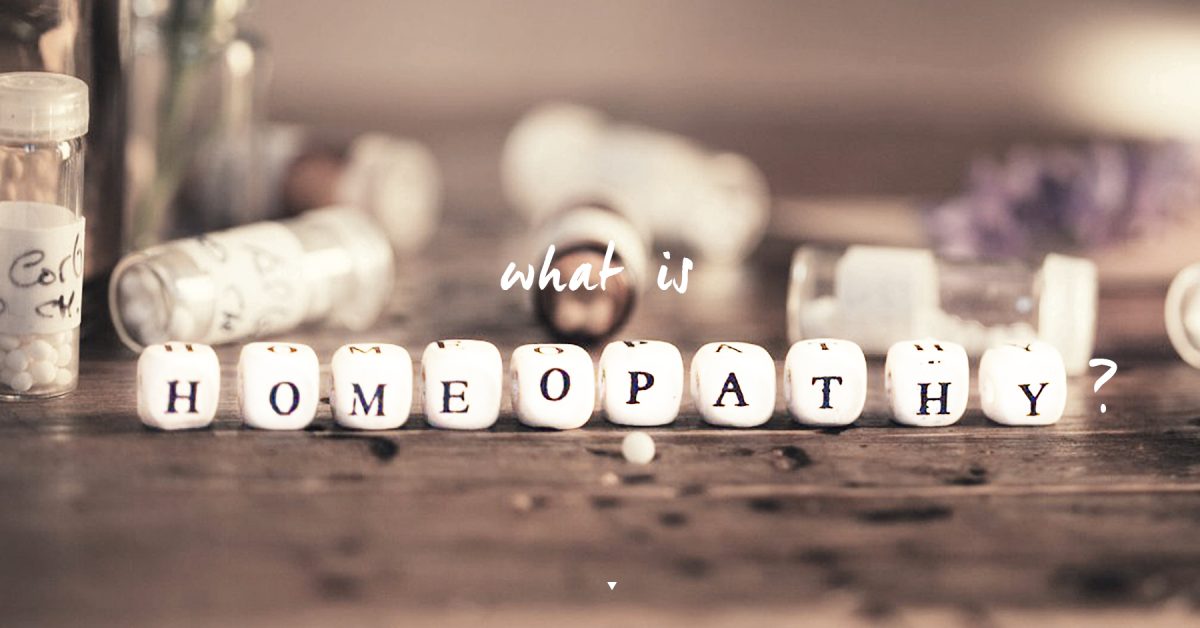 What is Homeopathy? – An Introduction to its meaning and definition

The word homeopathy is the composite of two Greek words, homoios, that means similar and pathos, meaning suffering.

Illness occurs when the organism is out of balance. A homeopathic remedy acts simply as a catalyst that stimulates the body’s own defence mechanism to restore balance and promote wellness.

In other words the homeopathically prepared substance ‘informs’ the organism in a format it can understand.

A definition of homeopathy is that it is a system of medicine whereby a homeopathically prepared substance, sometimes referred to as nano-dose, is and can be made of any variety of plant, animal or mineral substances. The remedies are made through a process of serial dilutions, where the original substance is diluted in water and it is energised by shaking each dilution. This process is done repeatedly, sometimes hundreds or thousands of times, resulting in a highly diluted and energetically potent remedy.

Homeopathy is used by over 200 million people worldwide to treat both acute and chronic conditions.

“The holistic nature of homeopathy means each person is treated as a unique individual and their body, mind, spirit and emotions are all considered in the management and prevention of disease. Taking all these factors into account a homeopath will select the most appropriate medicine based on the individual’s specific symptoms and personal level of health to stimulate their own healing ability.”
Source

How does it work? What is in a homeopathic pill?

Once a remedial substance for use in homeopathy becomes diluted enough times, any toxicity in the original substance becomes minimised and the curative property comes to the fore. So for example, in a person that has allergies, the substance in onions that creates the same symptoms (Allium cepa), is given, and hence will reduce or get rid of the allergy in this way. Each time the remedy is given, the healing goes deeper.

In this way it is important to understand that homeopathy is a specific medical system different to typical herbal remedies. A homeopath could use something like poison ivy (Rhus tox) as a remedy, whereas a herbalist could not do that! Poison ivy causes the same symptoms as chicken pox, so it is used to treat that illness. Elegant, simple and intelligent!

After a substance extracted from plants, animals or minerals is diluted in water to high specifications, a sugar pill, or sugar granules are infused with this water. Homeopathic remedies also come in liquid form.

“I can’t say that homeopathy is right in everything. What I can say now is that the high dilutions (used in homeopathy) are right. High dilutions of something are not nothing. They are water structures which mimic the original molecules.”

Dr Montagnier’s research (and other of many of his colleagues) has verified that electromagnetic signals of the original medicine remains in the water and has dramatic biological effects.

A Nobel Prize-winning scientist, emeritus professor of Cambridge University Dr Brian Josephson wrote in response to an article about Homeopathy in the New Scientist.

“Regarding your comments on claims made for homeopathy: criticisms centered around the vanishingly small number of solute molecules present in a solution after it has been repeatedly diluted are beside the point, since advocates of homeopathic remedies attribute their effects not to molecules present in the water, but to modifications of the water’s structure. Simple-minded analysis may suggest that water, being a fluid, cannot have a structure of the kind that such a picture would demand. But cases such as that of liquid crystals, which while flowing like an ordinary fluid can maintain an ordered structure over macroscopic distances, show the limitations of such ways of thinking. There have not, to the best of my knowledge, been any refutations of homeopathy that remain valid after this particular point is taken into account.”

“Homeopathic medicines can and should be considered to be a type of “nanopharmacology” (Ullman, 2006). Although the word “nano” also means one-billionth of a size, that is not its only definition. In fact, “nano” derives from the word “dwarf,” and “nano” is the only word in the English language that is used on common parlance as denoting extremely small AND yet extremely powerful. Homeopathic medicines are both extremely small in dose and yet extremely powerful in their therapeutic effect.”
“…The challenging question that remains is: How does the medicine become imprinted into the water and how does the homeopathic process of dilution with succussion increase the medicine’s power? Although we do not know precisely the answer to this question, some new research may help point the way.”
Please follow this link to read more about this – Source: Huffington Post

The principle of treating like with like dates back to Hippocrates (460-377BC) but in its current form, homeopathy has been widely used worldwide for more than 200 years.

Homeopathy was discovered by a German doctor, Samuel Hahnemann. He began experimenting on himself and a group of healthy volunteers, giving smaller and smaller medicinal doses, discovering that as well as reducing toxicity, the medicines became more effective as the doses were lowered.

Hahnemann’ texts formed the foundations of homeopathic medicine as it is practised today. A BBC Radio 4 documentary aired in December 2010 described Hahnemann as a medical pioneer.

What is the difference between homeopathy and allopathy?

Can you imagine a medicine which only does good and has NO bad side-effects? Well, this is homeopathy, and it is the main difference that affects us on a practical level. Not only that, but the remedies NEVER go bad, whereas allopathic medicine will.

On a more philosophical level, allopathy, or conventional medicine treats only a symptom, and believes this is the main way to health. Homeopathic medicine aims to create the state of being in the WHOLE body which will cause the symptoms to subside.

Whereas allopathy treats a disease using methods that are different in nature from those that caused the symptoms, homeopathy uses a method which applies a similar vibration to that causing the symptoms, hence causing a cancelling out effect. Whereas allopathy seeks to fight the body’s natural response system (in the form of symptoms), homeopathy embraces the natural response system by either encouraging the symptoms of healing or treating the root cause of the illness.

A homeopathic doctor is not necessarily a doctor in a conventional sense, nor is he or she a conventional physician or someone who can diagnose an illness. For this, you should visit your General Practitioner. A homeopath is one who is certified by an established homeopathic body such as the Alliance of Registered Homeopaths or the Society of Homeopaths to practice this form of medicine.

How effective is Homeopathy and what is the research and evidence for Homeopathy?

It is sometimes a bit of a challenge to find accurate information on the research, since there is a great deal of controversy surrounding homeopathy in the popular media, caused by confusion, a lack of understanding and possibly by those who are biased against it. Mainstream science does not yet understand or have clear evidence for the presence of subtle bodies within and surrounding organisms, and homeopathy is very much a vibrational, or energy medicine. In countries like India, for example, where such concepts are more traditionally accepted, homeopathy has a very large, widespread use.

It is possible to find scientific evidence and testimonial evidence indicating that it works. For a list of some of this evidence, please see this page here.